In this podcast Susan, Amelia, and Chris discuss the last four episodes of OZ!

4giveness
(written by TF & Bradford Winters/directed by John Henry Davis/theme: forgiveness)
Everyone in Em City has a different opinion of the newest inmate, Idzik. Meanwhile, Alvarez receives some shocking news, Murphy makes a confession to Glynn, and Beecher finds himself in a perilous position as a result of his devotion to Keller.

A Day in the Death…
(written by TF & Sunil Nayar & Bradford Winters/directed by Daniel Loflin/theme: causes of death)
New inmate Idzik faces his enemies and requests a transfer. Meanwhile, the Loewen case grows increasingly complicated, the Muslims run into business trouble, and the inmate population comes together to support the O'Reilys.

Junkyard Dawgs
(written by TF & Chuck Schweitzer/directed by Theodore Bogosian/theme: junk)
Three new inmates arrive at Oz, one of whom is particularly close to the O'Reily clan. Meanwhile, the Keller-Beecher-Schillinger triangle gets even more pointed, and an awards banquet ends in a fateful discovery.

Exeunt Omnes
(written by TF/directed by Alex Zakrzewski/theme: true facts)
In the final episode of this hit drama series, Oz is in upheaval following the return of Martin Querns. Meanwhile, Howell and Robson each receive troubling news, Mukada answers an unsolved mystery, and the O'Reilys struggle to make amends. Finally, the prison production of 'Macbeth' ends with a staggering final act. 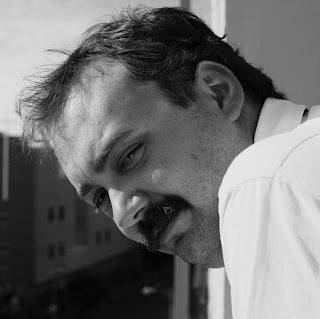 In this podcast, Susan and Amelia talk to Scott Tanner Jones, a filmmaker specializing in short form over the years for projects of varying between comedy and drama.  In 2007 he wrote, directed and produced the short drama “Plainview” which went on to play over thirty film festivals across the globe, garnered a handful of awards and was mentioned in various publications such as MovieMaker magazine during its year-long run.
His 2-part Carbone film series which finds him fulfilling the multiple roles of director, writer, producer, and star.  The first of these, “Carbone’s Birthday”, made it’s World Premiere at the Filmstock International Film Festival in Nov. ’09 where it won an Audience Award.  A second Carbone film, “Carbone: Breaking Point”, was filmed, with thoughts pointing toward a feature version in the near future.In the summer of 2010 Scott wrote, produced and directed Take Care, a feature-length drama.  The finished film will premiere at the Twin Cities Film Festival on October 20th, 2012.
The Take Care Facebook page
Take Care on imdb
Scott Tanner Jones on Twitter

In this podcast Susan, Amelia, and Chris discuss the first four episodes of the final season of OZ: Dead Man Walking, See No Evil, Hear No Evil, Smell No Evil; Sonata da Oz, and A Failure to Communicate.

Dead Man Talking
(written by TF/directed by Adam Bernstein/theme: death and the afterlife)
In the Season Six premiere, Alvarez and Schillinger are released from solitary and placed back into the general population. Meanwhile, a mourning Rebadow's spirits get a lift when he is transferred to the library and meets the new librarian, Stella Coffo.

See No Evil, Hear No Evil, Smell No Evil
(written by TF & Sunil Nayar/directed by Marc Klasfeld/theme: senses)
The unexpected arrival of Mayor Wilson Loewen at Oz spurs an ironic turn involving Schillinger and Beecher. Meanwhile, Dr. Nathan discovers why solitary inmates are getting sick. A new business plan within Oz inspires Redding, and some Death Row prisoners get a bang out of a magazine shoot.
Sonata da Oz
(written by TF & Sunil Nayar/directed by Judy Dennis/theme: music)
Schillinger has a disappointing visit with Mayor Loewen. Glynn has to face the truth about the toxic-poisoning problem within Oz. Down in solitary, Officer Brass spends some quality time with Morales. Meanwhile, Cyril O'Reily undergoes an unusual method of therapy, and Said gets more than he bargained for in leading the Muslims into a new business venture.

A Failure to Communicate
(written by TF & Bradford Winters/directed by David vonAncken/theme: communication)
Glynn receives mixed news on the toxic-poisoning problem. Meanwhile, Rebadow's relationship with the new librarian Stella hits a snag, Keller and Beecher work out an agreement, and Robson finally gets some redemption.

Next time we finish the series with: 4giveness;  A Day in the Death…; Junkyard Dawgs; Exeunt Omnes

Posted by Geek Girl Soup at 3:22 PM No comments: