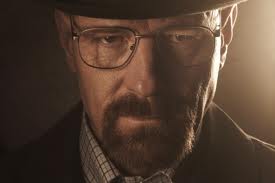 In this podcast all of your Geek Girl Soup hosts: Amelia, Chris, Kelly, and Susan discuss  Breaking Bad.
**SPOILER ALERT** We talk about everything through Season 5 episode 8, Gliding Over All - plus the previous seasons of Dexter and Homeland. So, If you haven't seen these, you may not want to listen.

If We Picked the Emmy Winners 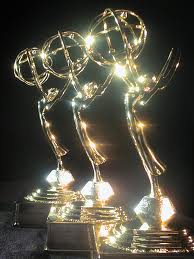 The Emmy Awards were handed out a couple of days ago, some went the way we thought they would, some others didn’t. Here’s what we would have voted for in a few of the categories:

Susan
Supporting actor & actress in a comedy– Eric Stonestreet & Julie Bowen are really the best of Modern Family
Lead actress in a comedy – Julia Louis-Dreyfus. Yes, great choice!
Lead actor in a comedy – John Cryer??? It’s a good thing Louis C.K. won two other Emmys, but he really should have won this too.
Supporting actress in a drama – Downton Abbey is awesome, but I would have voted for Anna Gunn in Breaking Bad (anyone shocked?)
Supporting actor in a drama – Aaron Paul, I would have also been very happy with Giancarlo Esposito! Can’t they give a second award?
Lead actor & actress in a drama – Homeland was amazing. I’m happy with the winners, but Bryan Cranston & Elisabeth Moss would have been great as well.
Drama series – I’m happy that Homeland broke Mad Men’s streak, but I would have preferred Breaking Bad
Comedy series – Weren’t the streaks supposed to end? I saw a couple of episodes of Girls & Veep, but I loved Curb Your Enthusiasm, so I would have to give them the win.

Kelly
Claire Danes--big fat YES
Damian Lewis yes, but . . . Bryan Cranston. He's won before, hasn't he?
Homeland--yes! But BB I'm predicting should get it next year. Screw Mad Men, which I've never watched, so of course I'm just kidding. But BB hasn't won best drama, has it?
Writing for Homeland--yes
Aaron Paul--yes, but he has a chance next year. Giancarlo Esposito was amazing as Gus and no more chance for that role. If Peter Dinklage had not won last year, I would have been pissed that he didn't win now.

Wheel of Fortune
(written by TF& Sunil Nayar/directed by Terry Kinney/theme: physics)
Robson stirs up problems between White and Said. Meanwhile, Pancamo's illness might save some work for his enemies, Schillinger makes a friendly but suspicious overture towards Beecher, and Morales seeks revenge on his sister's abusive husband.

Variety
(written by TF& Bradford Winters/directed by Roger Rees/theme: variety show)
As Cyril's trial gets off to an inauspiciously cold start, tensions between Mukada and Kirk come to a boil. Also, a priest named Meehan lands in Oz while White and Said turn over a new leaf in their relationship. McManus comes up with a potential solution for Rebadow's dying grandson.

Impotence
(written by TF/directed by Alex Zakrzewski/theme: erectile dysfuntion)
In the Season Five finale, Robson goes to extremes to remedy his gum dilemma, McManus struggles with personal turmoil over his decision to stay at Oz and Rebadow deals with his grandson's fate. Meanwhile, Busmalis gets a huge surprise from his former fiancee and an agreement between Morales and Urbano ends in trouble for another prisoner.

Next time we start the final season with: Dead Man Talking; See No Evil, Hear No Evil, Smell No Evil; Sonata da Oz; A Failure to Communicate 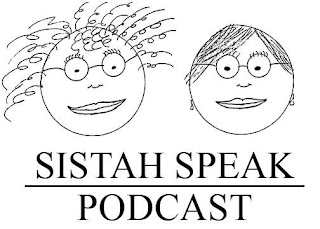 In this podcast Susan and Kelly are joined by Sistah Speak True Blood's Sistah J & Sistah K to discuss the best and worst of season 5. These are just a few of the things we thought stood out this season. Below is half of our lists and the podcast contains the rest. What did you think?

We received a list from our listener Angela as well. Her best of season 5 were Lafayette talking to Gran in the bedroom telling Sookie where to find the scroll and Eric & Nora in the storage container & Eric's line to Bill, "we fight like siblings and fuck like champions!"  Angela's worst were Jason telling Jessica he could never love her because she's a vampire and Eric releasing Pam.

We have read most of Charlaine Harris’ Sookie Stackhouse novels, but we promise not to spoil any of the storylines that haven’t already been covered in the show.  Since the show is explicit, this podcast is also tagged explicit so we (and you) can quote and discuss the show as it was made - with all the blood, sex, and hot vampires that we can handle.

Posted by Geek Girl Soup at 5:51 PM No comments: