If Talent Could Kill 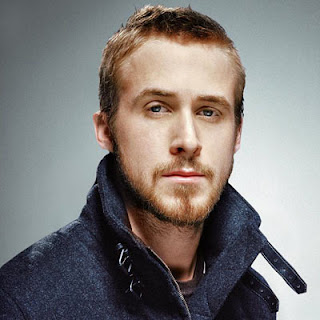 The Geek Girls recorded a podcast today. It was an Oscar wrap-up and featured my friend Neil. During the conversation Susan and Neil decided that I must at some point…in the NEAR future watch Drive. Not too difficult a request considering I had a copy of it sitting on my desk that I just hadn’t gotten around to. Tonight seemed like as good a night as any.

This is why I love RyanGosling. Not because he’s attractive. I can admit that he is but really when it comes down to it he just doesn’t do it for me. It’s not so much the character itself that made me love him, although the dangerous bad boy with a heart of gold is an easy sell. It’s the fact that he chose this character.

Gosling is someone I’ve known about for years, and when I say “years” I mean as an eighth grader I would come home from school and watch the new Mickey Mouse Club. While it was understandably difficult to stand out in the crowd that included Britney Spears, Justin Timberlake, and Christina Aguilera, I was always aware of Gosling’s presence. His singing and dancing may have left a lot to be desired but his comedic timing was always spot on.

The next time I saw him was as sociopath Richard Haywood in Murder by Numbers – a performance that could rival Christian Bale’s Patrick Bateman in American Psycho – but it was his turn as Noah in 2004’s The Notebook that made audiences take notice. It’s the sort of sappy love story that made me want to hate it because made me cry so damn much. While Gosling could easily stay on the rose petal strewn path picking up romantic leads all along the way it’s his decision to do just the opposite that makes him far more viable than many of his predecessors or peers.One could argue that everyone from Tom Cruise to Brad Pitt has varied their roles throughout their careers but they don’t stray too far off one way or the other. Even when their characters are bad they find a way to make them look good.

Half Nelson is the film that gave me hope for the next generation of “leading men”. There was nothing even a little glamorous about Gosling as the teacher with a coke habit. Seeing him, the very next year, give life to another fractured soul in Lars and theReal Girl may seem like a small step but it is actually quite a big leap.

I have yet to see Crazy, Stupid, Love and whenever I hear the title I think of the scene from the trailer when Gosling removes his shirt and Emma Stone cries out, “Seriously, it’s like your Photoshopped”. He’s a good-looking guy in the most traditional sense of the word, but it takes films like Drive to get me to see the attractiveness. His talent is mesmerizing. His talent makes him beautiful. His talent is sexy.