We Resolve to Record the Em City Podcast

Over the weekend Susan, Amelia, and Chris recorded a podcast. It was not the first Em City Podcast covering the first four episodes of OZ. Unfortunately, due to miscommunication and work schedules, not all of us had watched all of the episodes, so we decided to do a New Year’s Resolution podcast instead. These aren’t your standard eat healthier, exercise more, lose weight resolutions. These are geek resolutions.
Already, one has been broken because of technical difficulties this time. The audio file sounded like a worn cassette tape – who remembers cassettes? 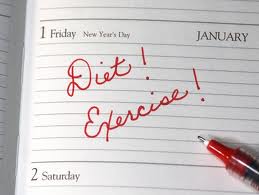 In lieu of an audio podcast, we hope you enjoy our Geek Resolutions blog post – imagine our voices and lots of laughter as you read the abridged summary of our conversation. Along with the discussion of resolutions, many TV shows and movies were spoiled. Some of you might be upset with us about that, so those references have been deleted along with some things Amelia's mother should never hear her say.

After we discovered that we couldn’t do the OZ/Em City podcast, we decided to talk about our resolutions for 2012. Susan started it by saying this would be the year she finally learned how to back up/copy her DVDs. Chris tried to teach her how to do this in 2007, but the lessons didn’t take.

Amelia resolved to watch more stuff. One of the shows Amelia admits she hasn’t seen is 30 Rock (which she can watch streaming on Netflix). The season 30 Rock started, Amelia was watching Studio 60 & chose it over 30 Rock, but is not opposed to watching 30 Rock. She would also like to watch the Christopher Eccleston years of Doctor Who along with all of the David Tennant seasons. Have no fear, we have all seen Firefly. Amelia and Susan have seen most of American Horror Story’s (AHS) first season. Chris has seen the entire season and thinks it’s awesome. Amelia posited that the scenes of crying masturbation was what Susan didn’t like. She had only seen one of those scenes. When Amelia had to choose between AHS and Psych, AHS lost.

Chris resolved to clean his Man Cave and spend more time there. He says it’s full of games (board games). His car is also full of games which he takes to multiple locations to play. He has a backlog of games that have been purchased, but not played, one being Skyrim. He then showed a video of a guy punching his way through the game - http://www.youtube.com/watch?v=uhBiNx749Zw  He’s a Badass Viking with epic gauntlets!!

Amelia resolved to “do more geeky type stuff.” She’s planning to start small and attend ComicPalooza and SXSW this year. Susan resolved to join her at both events and attend a few special events at the Alamo Drafthouse. ComicPalooza is Houston’s annual comic book convention. Geek Girl Soup attended an event at the Alamo Drafthouse last November, a showing of The Walking Dead. and we will do it again this year. Chris suggested we attend the Butt-Numb-A-Thon in Austin. It’s more likely that we’ll attend special showings of our favorite movie quote-a-thons or sing-alongs at our local Alamo Drafthouse.

Susan resolved to unwrap and watch a stack of new DVDs in her collection. Some of the unwatched shows include Life, The Adventures of Brisco County Jr., Pushing Daisies, Moral Orel, and Everwood. Should Susan be embarrassed that she owns Beastmaster on DVD? Should Chris be embarrassed about his love for the movie Speed Racer? It was made just for him.

After that we started talking about other shows that we watched this season – Alphas, Sons of Anarchy, Homeland, Dave’s Old Porn, Game of Thrones, and Happy Endings. Chris told us about some shows that came out before their time, American Gothic and Profit. Amelia proved that she knows her Cassidys and told the story of how she found Douglas Adams’ grave in London. Chris suggested that anyone going on a vacation to Hawaii should go diving because it’s awesome! There’s an idea for another podcast – geek vacations… There are possibilities for many other podcasts in this one. But first, we must get started on the Em City Podcast.
Posted by Geek Girl Soup at 6:53 PM